This module can be easily designed into your own hardware (and application). For example, it is the core of the Coral Dev Board (in the 4GB variant).

Besides the EdgeTPU, the Google Coral SoM 1GB contains the most important components of an embedded PC:

In the prototyping stage, you can implement your application using the 4GB Coral Development Board, which is based on this SoM module. Afterwards, you can easily realize your own hardware design optimized for your application to integrate features, target a certain form factor and/or cut manufacturing costs.

With the Edge TPU, Tensor Flow Lite models can be run quickly and with low power consumption. A particular advantage of this solution: Your data remains local. This helps with latency, and of course with data protection! (And according to compliance with relevant laws, for example the General Data Protection Regulation (GDPR)).

Google is increasingly using artificial intelligence (AI) and machine learning (ML) to realize its services. To do so, it developed specialized processors called TPU ("tensor processing unit") for its data centers that can run algorithms faster and more energy-efficiently using the TensorFlow framework. For example, Google Maps is enhanced by street signs captured by Street View, which are analyzed using a neural network based on TensorFlow. TensorFlow can be easily programmed in Python.

The Coral SoM has the following network interfaces:

Hint: the SoM uses some of the SoC GPIOs / interfaces internally, e.g. to connect the Coral Edge TPU. The interfaces listed here already take this into account and are available to you without restriction.

The Coral SoM requires a 5 V power supply and generates all other required voltages itself with an on-board PMIC.

Power consumption of the SoM approx:

Mendel Linux is a Debian derivative developed by Google, specifically for the Coral platform. A boot loader is pre-installed on the SoM, you have to install Mendel Linux manually.

Mendel Linux uses Debian's upstream binary packages to maintain as much compatibility as possible, and to allow security updates in a timely manner. It currently supports only the Coral Dev Boards (also known as "enterprise" or "phanbell") and the Coral SoM modules (System-on-Modules).

The Coral System-on-Module supports the execution of (compiled) TensorFlow Lite models on its EdgeTPU.

The Google Coral TPU & TensorFlow Lite are a revolutionary product platform for machine learning applications! This enables embedded solutions that can, for example, detect problems with workpieces, recognize traffic situations, and much more.

The Coral SoM (System-on-Module) is suitable if you are aiming for a custom hardware solution that has higher requirements for machine-learning inference speed, and at the same time requires optimized power consumption.

As an alternative to the SoM, which provides its own platform, Coral by Google also offers PCI Express modules and M.2 modules that can extend your existing or new off-the-shelf hardware.

Notably, these products are excluded from selling into France and the Czech Republic, and several embargo countries including China.

The products may only be sold into certified countries (marked as "Yes" in the certification PDF).

End user restrictions
As per the US Export Administration Regulations ("EAR"), these products are allowed to be sold exclusively for civil end-uses.

These products are not to be used for nuclear, biological or chemical weapons, or any other prohibited use as described in 15 C.F.R Part 744.

Please refer to the MEU Certification document in this folder.

RoHS compliant by exception?
No

Does part contain lithium?
No 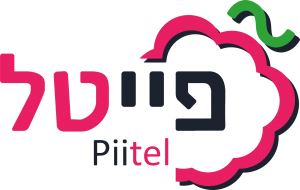